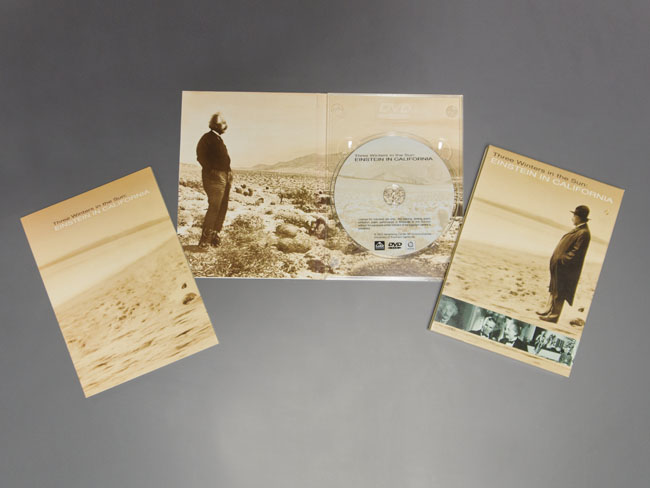 Three Winters in the Sun - Einstein in California is an interactive DVD-ROM that presents a multi-perspective portrait of Alber Einstein. It focuses the three winters Einstein spent at the Claifornia Institute of Technology in Pasadena, CA. The project looks at him through six lenses, each one of them focusing on his relations with a different community with which he interacted: Emigrés, FBI, Hollywood, Household, Jews, Science. The DVD draws a multi-facetted picture emphasizing the many contradictions Einstein evoked; it is drawing from a large body of thorough research comprising documents, such as his diaries, interviews with relatives, scientists and historians.

The DVD-ROM is the publication of the Three Winters in the Sun project conducted by The Labyrinth Project at the University of Southern California with support from the Skirball Cultural Center and the Institute Archives at the California Institute of Technology. It is published by Annenberg Center for Communication.